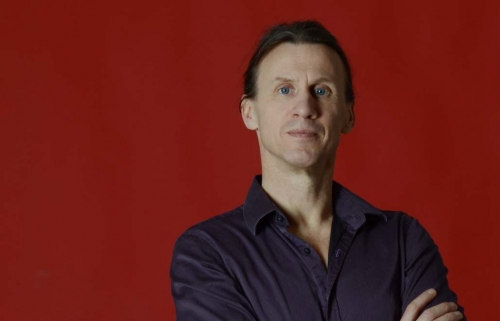 Born in Jönköping 1958 I Lives and works in Stockholm.

In a highly contrasting artistic career Christian Partos manages to merge the grand theatrical with the subdued poetic. With technologically advanced works Partos addresses issues that move in a borderland between science, philosophy and religion. The body and the transitory are given resonance through the spiritual, the sacred in representations that appear to have arisen in something between a workshop and a laboratory. Technical solutions that include audio, lighting and electronics, where movement and space are constantly activated, are typical of Partos’ work. With striking effect, Partos uses antiquarian books and computerised LED systems to portray links and connections between technology and organism, spirit and matter.

Partos studied at Konstfack – University College of Arts, Craft and Design, Stockholm (1983 – 1988). His works have been shown extensively in gallery and museum exhibitions throughout Europe and Sweden. He has made a number of public commissions such as Spårsken, in Citytunneln, at the trainstation Triangeln, Malmö and Modern Maskaron, Kulturhuset, Stockholm.

Galerie Forsblom has been representing Christian Partos since 2016.