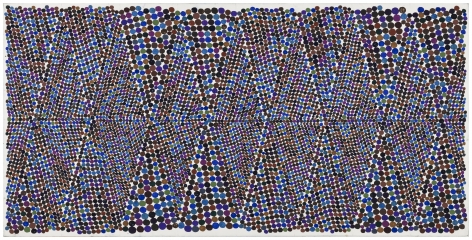 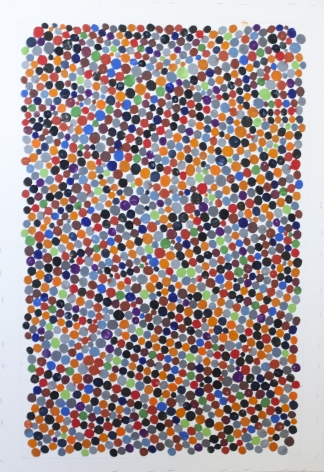 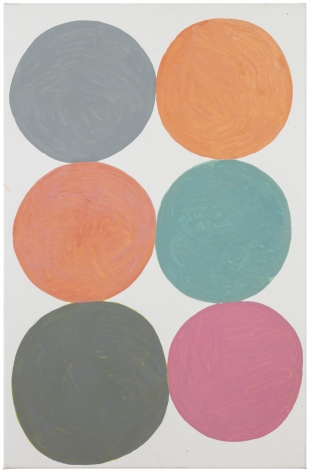 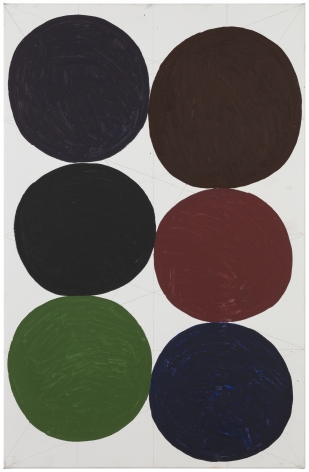 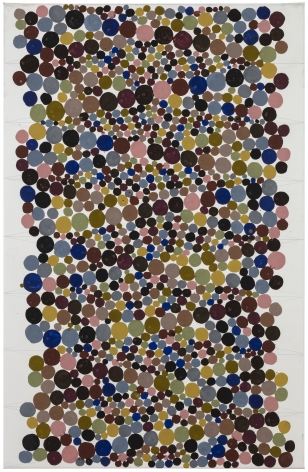 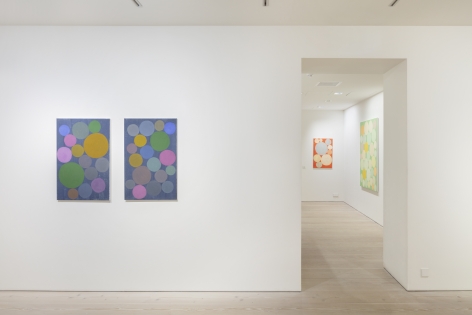 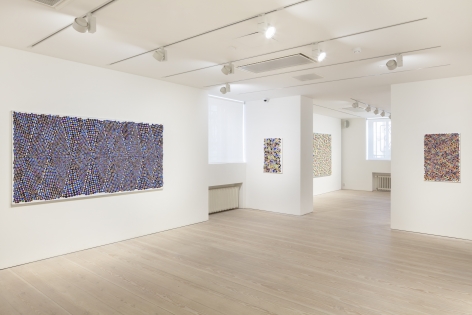 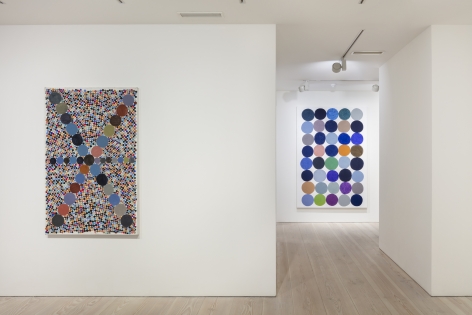 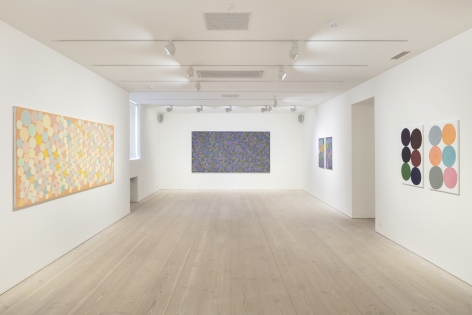 Markku Keränen’s (b.1945) paintings are a celebration of color and playful treatment of form. His compositions bring abstract forms to life in a way that creates a vivid illusion of movement on the canvas. The motion pulsates rhythmically and perpetually, both across the canvas and depth-wise. The movement never seems to stop, rippling from ball to ball, each one endowed with a distinctive character. Balls of different sizes and shades appear to inhabit a world of their own, creating optical illusions, dynamic contrasts, and an endless array of variations in detail. Keränen’s works are imbued with a sense of all-enfolding infinity. The synergy between form and composition electrifies his work with immense energy and dynamism.

Keränen favors a translucent palette of pure hues. His tempera paintings sing an ode to color – their pared-down, abstract world is an open playground for an exuberant riot of colors and radiant light. Sometimes they radiate warmth, other times they seem to throw back dazzling glare. Working serially, Keränen pays tribute to the legacy of western painting, to which he adds his own bold stamp that is recognizable from one painting to the next.

Keränen graduated from Helsinki’s University of Art and Design, where he later held a teaching post. He has exhibited his work in numerous solo and group exhibitions in Finland and abroad at venues including Kunsthalle Helsinki, the Rovaniemi Art Museum and in Prague and Most in the Czech Republic.  His work is found in many prestigious collections such as the Amos Anderson Art Museum, the Sara Hildén Art Museum, the Espoo Museum of Modern Art EMMA and the Museum of Contemporary Art Kiasma. The artist was born in the village of Salla in Lapland and is currently based in Espoo.