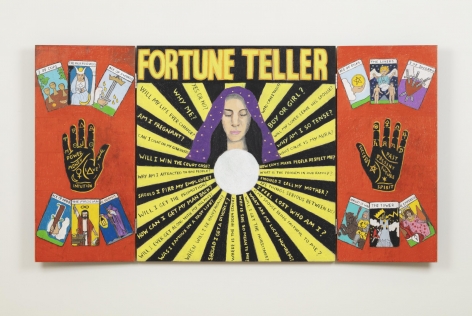 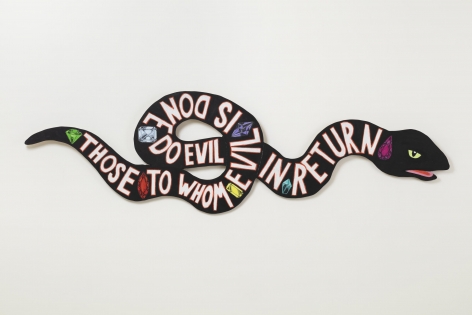 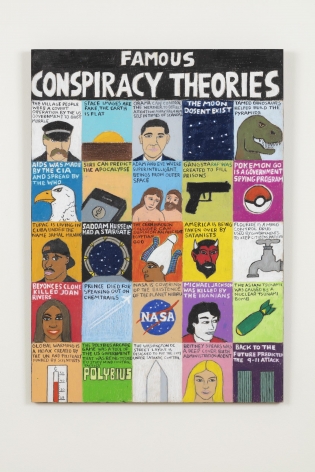 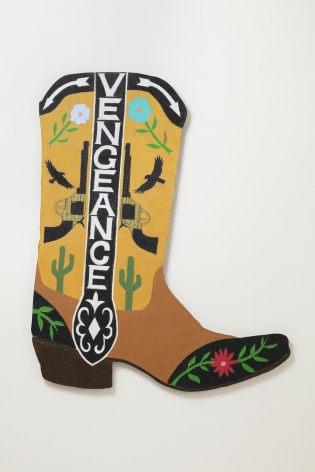 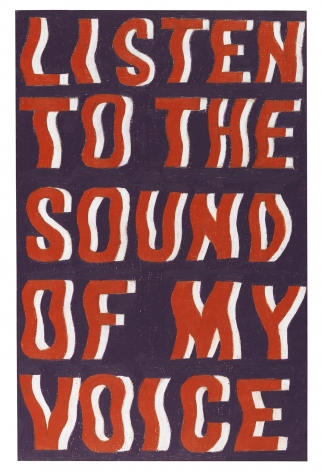 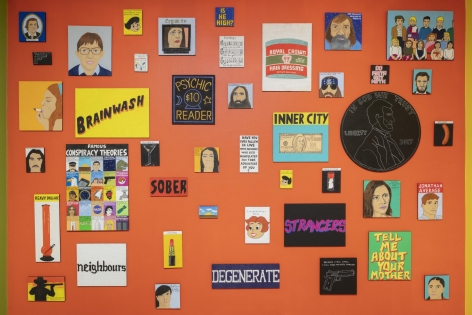 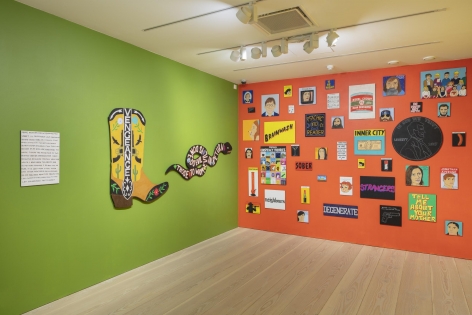 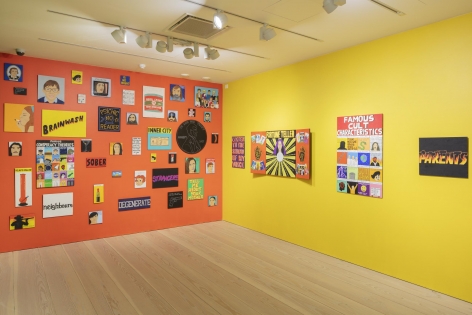 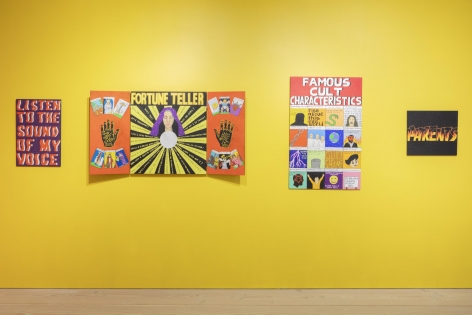 Marcus Mårtenson (b. 1972) is a Swedish artist whose Naïve paintings deliver an incisive social critique veiled in black humor. The exhibition reflects on bleak themes such as the ubiquitous nature of violence and vendettas both in contemporary film narrative and real-life society, as well as people’s desire to wield power over others through psychological manipulation. The title of the exhibition, Listen To The Sound Of My Voice, can be imagined as a phrase spoken by a hypnotist, a cult leader, an artist or a politician: it is a catchphrase that suggests a compulsion to establish control over the minds of others.

Mårtenson’s visual vocabulary is simple and clean-lined, revolving around the clever interplay between his texts and images. The exhibition comprises numerous groups of works, which weave together a broader narrative when displayed side by side. Mårtenson’s sources of inspiration are well-nigh paradoxically eclectic, ranging from graffiti art to icon painting, and medieval church art. His choice of materials recalls the style of medieval artists who painted on wooden panels.

Emulating the formal hallmarks of different art styles, such as pop art, Mårtenson’s paintings pay less attention to conveying a convincing illusion of depth and perspective than they do to representing a particular ideology, bright colors and crisp outlines, including imagery from popular culture, mundane cultural objects, and kitschy elements. He spins together a web of contradictory allusions, disguising different art styles beneath the cloak of a contemporary idiom.

Mårtenson studied at Stockholm’s Konstskolan Idun Lovén and Konstskolan Basis. He has exhibited at numerous solo and group exhibitions both in Sweden and abroad, and his paintings are found in many prestigious collections. The artist lives and works in Stockholm.