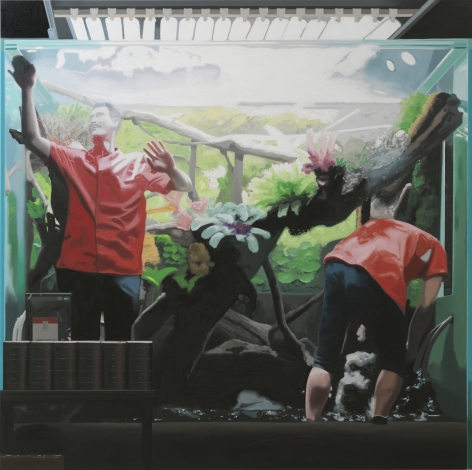 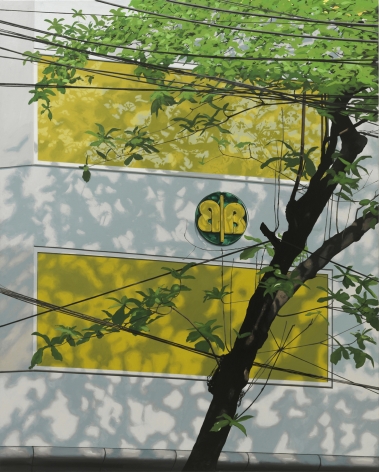 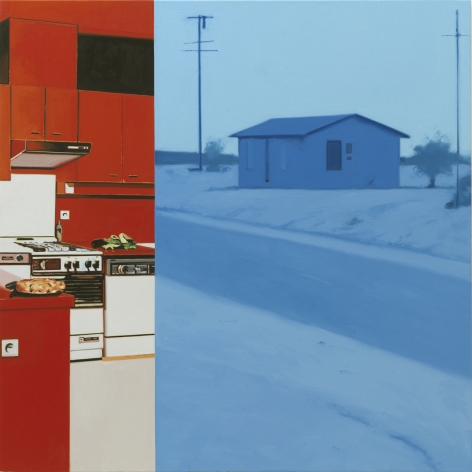 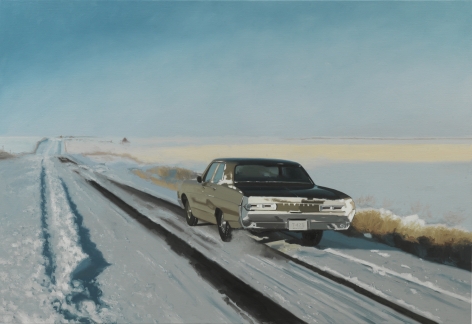 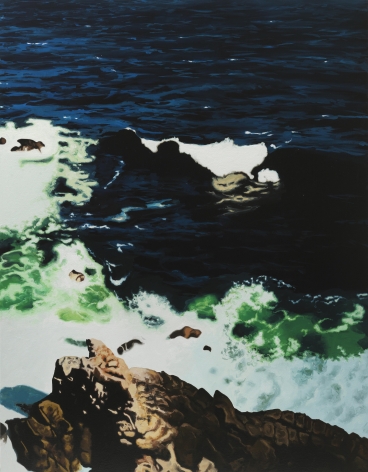 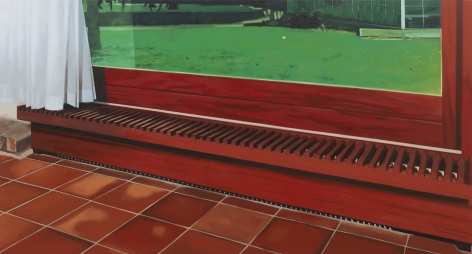 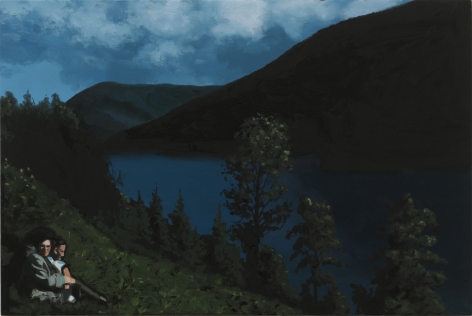 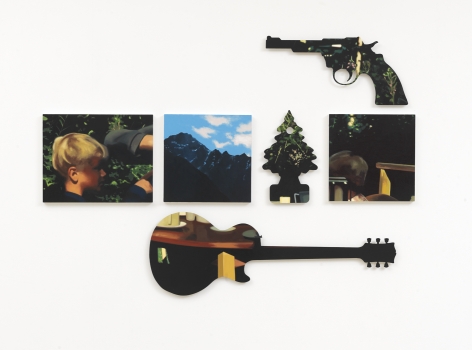 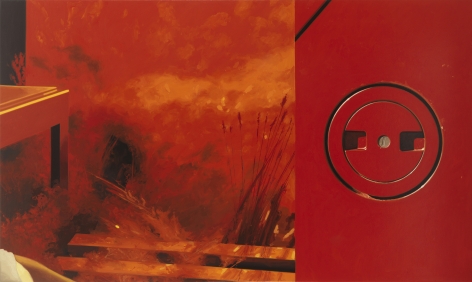 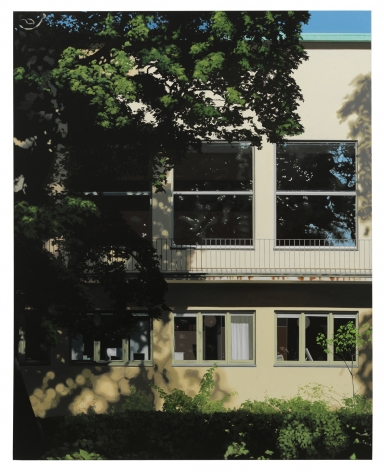 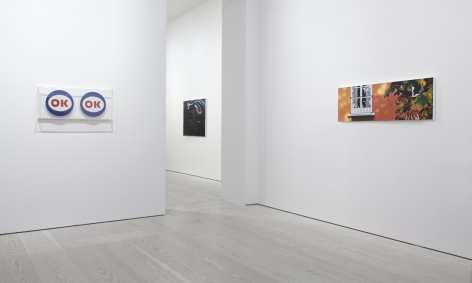 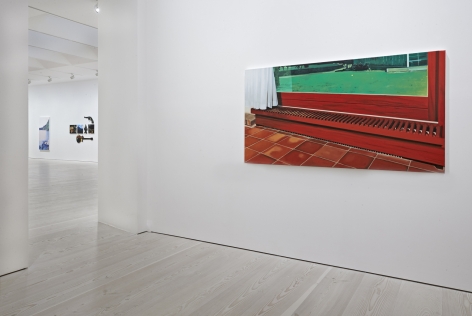 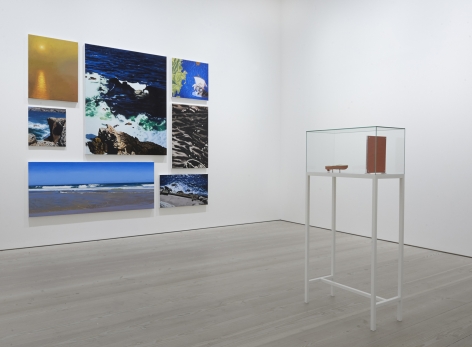 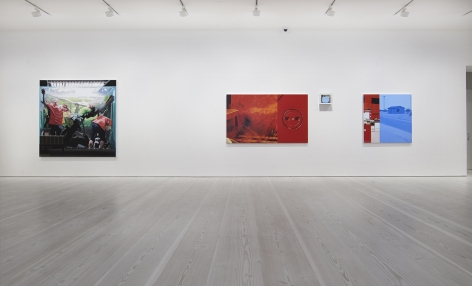 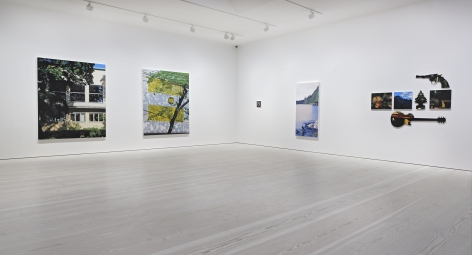 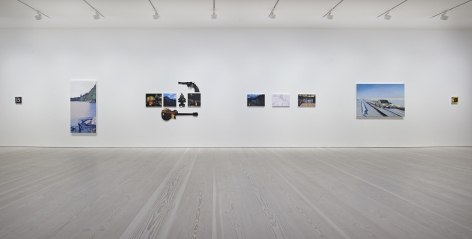 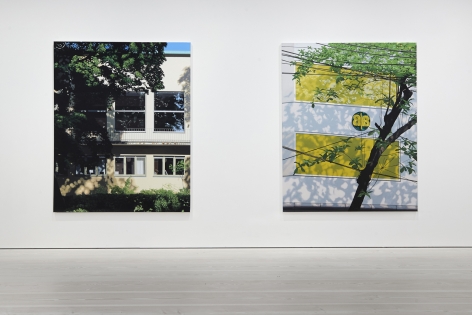 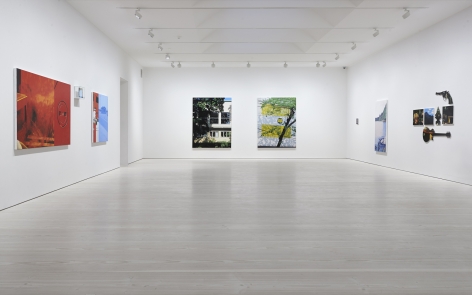 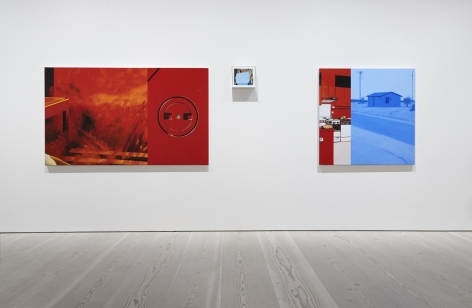 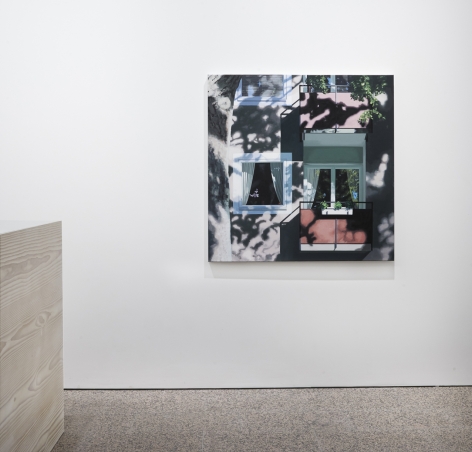 Martin Wickström has created his own expression in the Swedish contemporary art scene using unexpected combinations of images and elaborately depicted realism. For the exhibition Paradiso (Out of the Red), Wickström has used diapositive slides from his childhood home as the basis for a narrative of a changing Western society. In his work, he reflects on his childhood with a vivid presence that inspires contemplation.

Wickström collects pictures, newspaper clippings, advertisements, book covers and other objects, which he intuitively pairs and juxtaposes with his own photographs. He unites different worlds by shifting our view of the context: a detail from an image, the corner of a photograph, the simplest and most mundane of items is enhanced and elevated into a piece of art.

Building facades from various parts of the world comprise a recurring theme in Wickström's paintings. The exteriors are pictured in detail with dark, reflective windows and just a hint of the interior in the background, and the lives that take place behind the facade. The places depicted are often deserted and empty, like a movie set, leaving the viewer with an underlying sense of mystery – awaiting what is about to happen, with no premonition of what is to come. One of the paintings presents an American car on the edge of a snowy country road, evoking associations with the movie and TV show Fargo. Wickström only provides the viewer with a film still, a frame or a slide, and nothing more – instead, the viewer’s imagination is what creates a story based on the motifs.

The film references recur in the title of the exhibition, Paradiso, a play on the title of the film Cinema Paradiso. It is a poetic and romantic movie in which we follow the protagonist as he looks back on his life and his lifelong love of film as a medium. A nostalgic sense of longing permeates both the film and Wickström's paintings. Some of his artwork is reminiscent of the past, and in some of the pieces, the colors resemble the saturated hues of diapositive slides. In one of the exhibition rooms a slide show is displayed, accompanied by the soundtrack from Cinema Paradiso. The photographs were taken by Wickström's father, an enthusiastic photographer, when Wickström was a child – and the circle is now complete.

Wickström was born in Finspång, Sweden, in 1957 and is based in Stockholm, Sweden. He studied at Gerlesborgsskolan, Stockholm, from 1977–1981 and graduated from the Royal Institute of Art, Stockholm, in 1987. Previous solo exhibitions include Europa, 2015, at Lars Bohman Gallery, Stockholm; Perfume River, 2014, at Mike Weiss Gallery, New York; and Anita and the Sea, 2008, at Skövde, Örebro, Norrtälje Konsthall and the Eskilstuna Art Museum. Wickström is represented in several public collections, including at Stockholm’s Moderna Museet, the Gothenburg Museum of Art, Norrköping Art Museum and in both Swedish and international private collections.