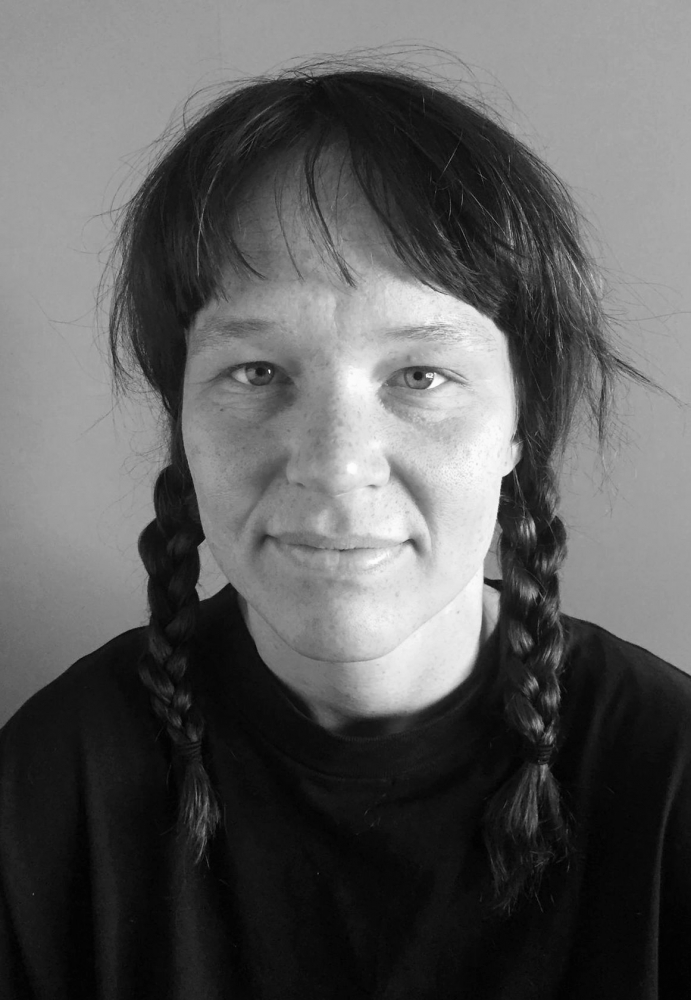 Born 1983 I Lives and works in Stockholm, Sweden.

Rasmusson works primarily with animation, video, collage and her everyday life as the basis of her art. Using her own body, she performs in the projection beam of her previous animation, thus creating two layers in the image. The result is a multifaceted composition that adds something new, both for herself and the viewer. She utilizes exaggeration and repetition as a method and an important part of her work is to feel something and succeed in transferring this to someone else. Her expressive video works focus on the roles of women, the psyche, the body, and what it means to be human.

Rasmusson received her Master’s degree from the Royal Institute of Art, Stockholm in 2016. Her work has been exhibited at the Royal Academy of Fine Arts, Stockholm; GIBCA Extended, Gothenburg; Växjö konsthall; Strandverket; Marstrand in Sweden and Den Frie Centre of Contemporary Art and Kunsthal Charlottenborg, Copenhagen in Denmark. In 2016 Anna-Karin Rasmusson was awarded the Bernadotte Grant. Other awards include the Anders Sandrews Foundation Grant, the KE17 Prize and she currently holds a IASPIS recidency in Stockholm.