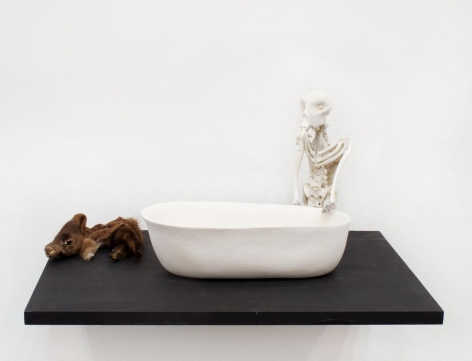 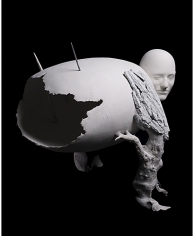 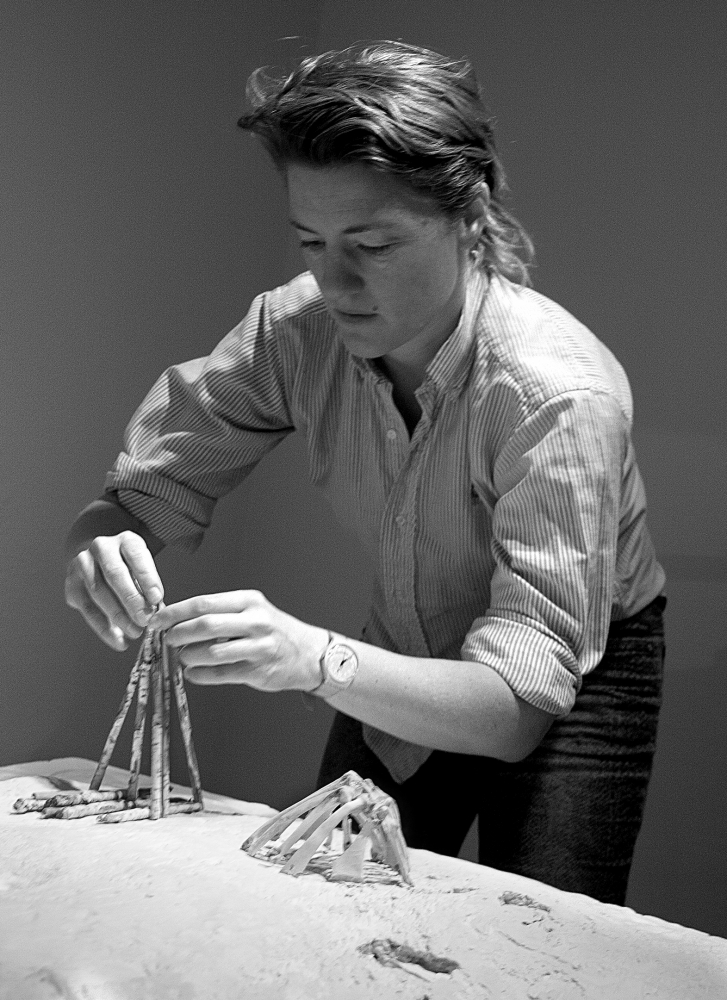 Tilda Lovell’s work seems to spring from the darkest crannies of the human psyche. But in the frightening gloom of the complex installations, glimmering comical points can also be seen, a black humour that could depict a post-apocalyptic world or something from Dante's lower circles. The exhibitions feature work in such diverse techniques and materials as animation, drawing, sculpture, found objects and organic material, where utopia lives next door to madness and darkness. These worlds are populated by what can be likened to mythological creatures, where humans have undergone various stages of metamorphoses into animals and plants – often placed in deformed landscapes, often with the shifting perspective and dimensions of the dream. The use of organic material achieves an existential cycle where messages are whispered about the transience of life and statements about the future and creative processes.

Tilda Lovell studied at the Royal Institute of Art, Stockholm (1998 – 2003) and at Hovedskous, Gothenburg (1996 – 1998). She has had a number solo exhibitions at galleries and institutions in Sweden. Lovell has received several awards and grants such as the Bernadotte Art Award (2014), Ragnar von Holtens minnesfond (2010) and Maria Bonnier Dahlin Stiftelsen. Her works are included in numerous collections such Malmö Konsthall and at Göteborgs konstmuseum. 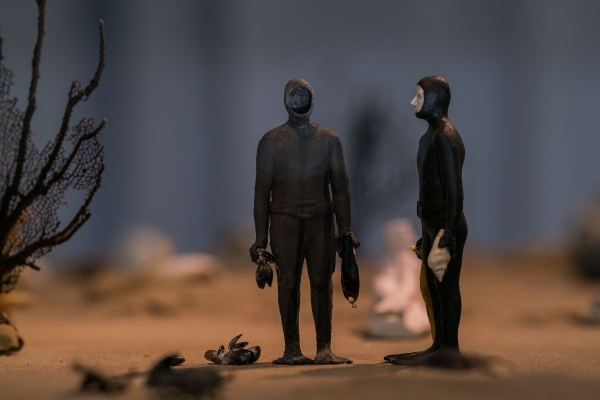