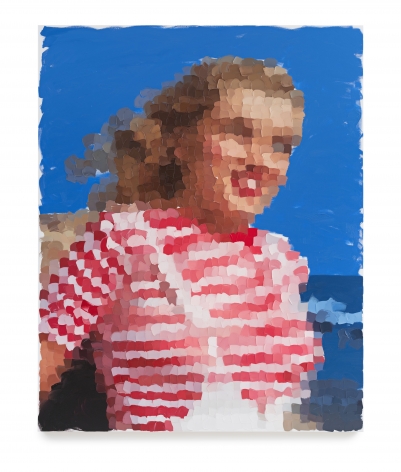 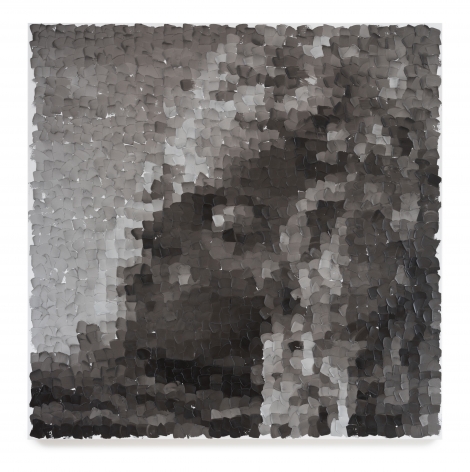 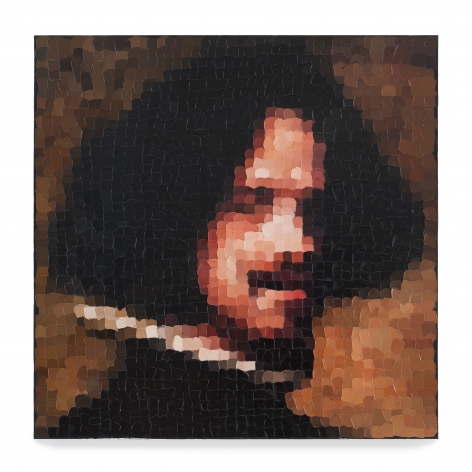 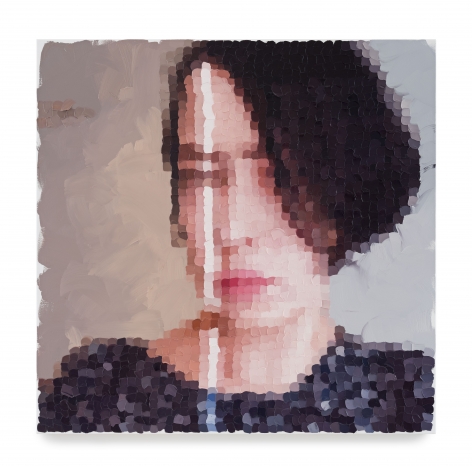 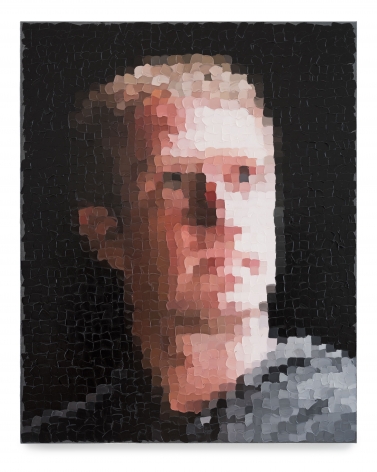 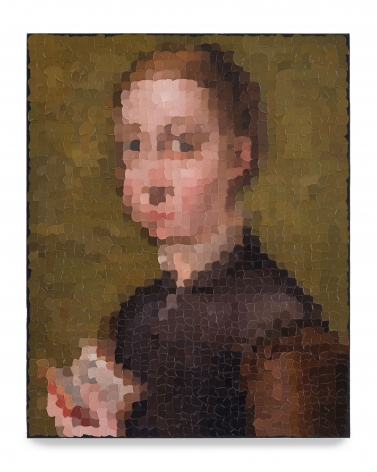 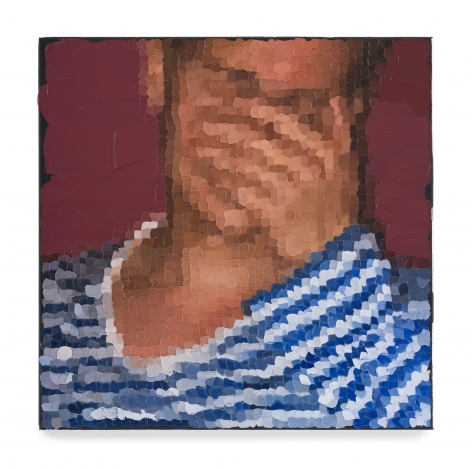 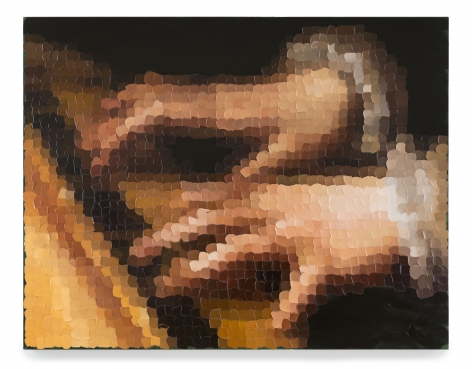 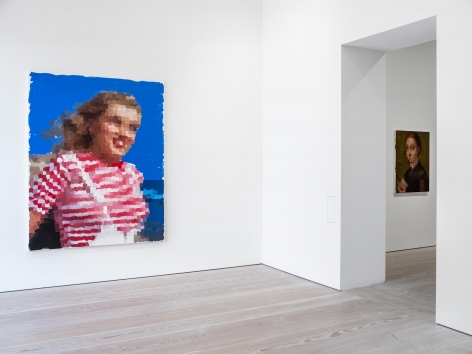 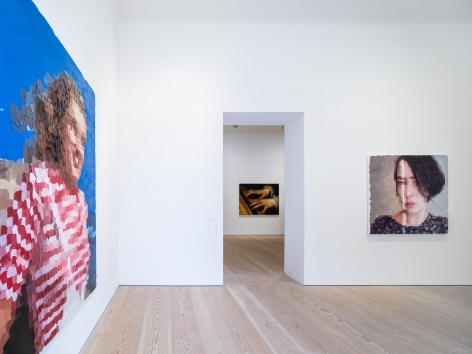 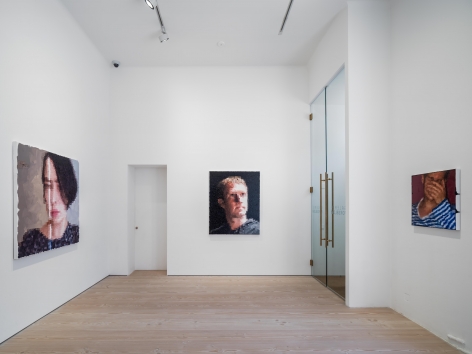 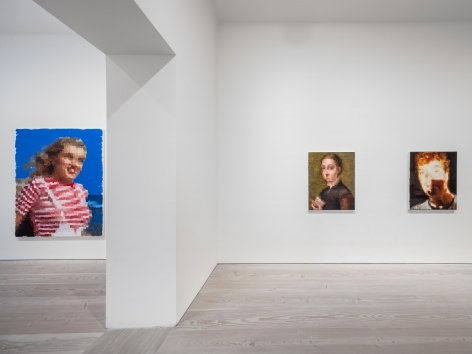 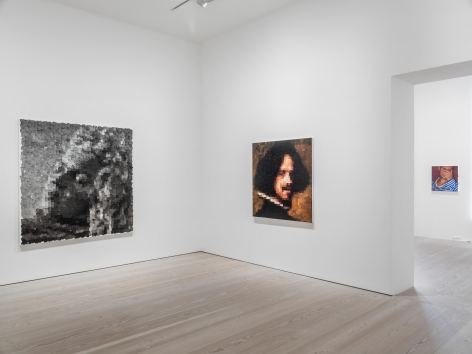 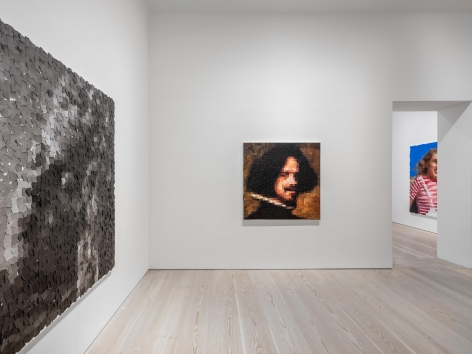 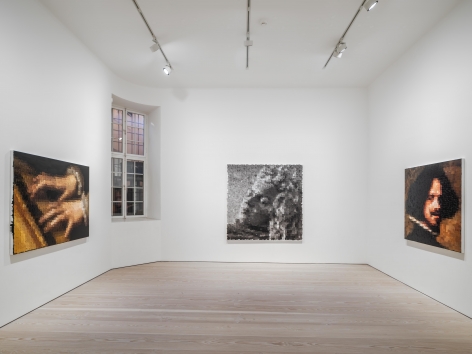 Opening in the presence of artist, April 4, 5–7pm

Galerie Forsblom is happy to exhibit Sami Lukkarinen, for the first time in Sweden. Lukkarinen paints oil portraits of digital images by rendering the colors of each pixel with oil paint and a palette knife. He has utilized and developed his special technique since the beginning of 2000’s. The technique resembles the 1800’s pointillism, where the artists used points or dots of color to create a pattern that forms the picture. Today the digital equivalent or reference is the pixel, where an enlargement of a photograph would blur the image, but the details or pixels are more articulated. Only at a distance it is possible to distinguish the outlines and to see the whole picture.

Lukkarinen has depicted historical artists such as Sofonisba Anguissola, Jan van Eyck, who was presumed to have made the first self-portrait, ‘Portrait of a Man’ in 1433, and Caterina van Hemessen, the first artist who portrayed herself in front of an easel, in 1548. Lukkarinen has painted his own unpublished selfies and Facebook’s founder and icon of social media, Mark Zuckerberg. In the exhibition portraits of the artist Velazquez, the young Marilyn Monroe before she became famous in the 1950’s, as well as of unknown people are shown.

Lukkarinen finds a significant source of inspiration in art history, social media, and in research of AI, or Style GAN ­– a new program to generate artificial faces. The desire to portray our-selves seems to be thoroughly grounded in our DNA and the technique has now made it possible for all of us, only a click away. In the digital era, selfies have become a part of everyday life and we share these images on social media, sometimes even without reflecting. But they can also be a misrepresentation of ourselves and reality, due to filters and editing programs. In the abundant feed of images, Lukkarinen elevates these selfies from a like and a swipe to an oil-painting that will last for a life time. The portrait is created in a slow procedure, and when finally finished, part of the process is to photograph the painting and post it on social media, back to the digital format.

Lukkarinen (b. 1976) graduated from the Finnish Academy of Fine Arts, Helsinki, in 2001. Since then he has held numerous solo exhibitions both in Finland and abroad. His works are represented in prominent collections such as the Museum of Contemporary Art Kiasma, Helsinki, the Saastamoinen Foundation in Helsinki and Wäinö Aaltonen Museum of Art, Turku, Finland. Galerie Forsblom has been representing Sami Lukkarinen since 2012.

There are 383,168.463 images with the hashtag #selfie on Instagram as of today. You are welcome to take your own selfie at the gallery and post it with the hashtag #GFselfie. Don’t forget to follow us on social media!