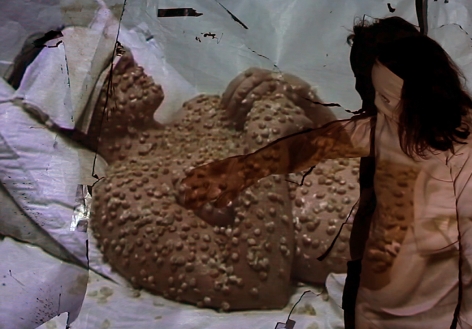 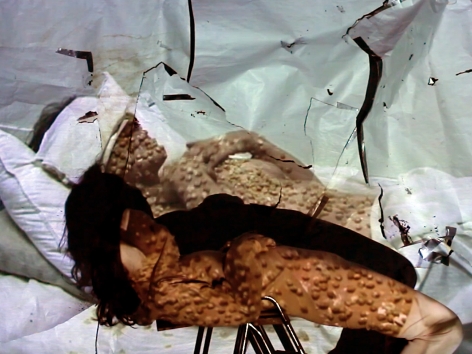 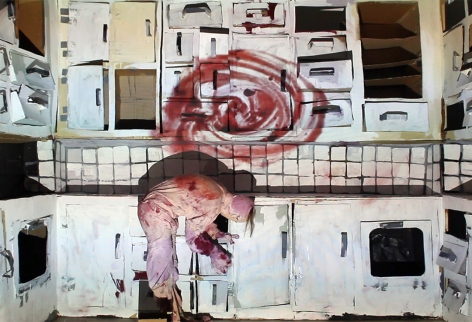 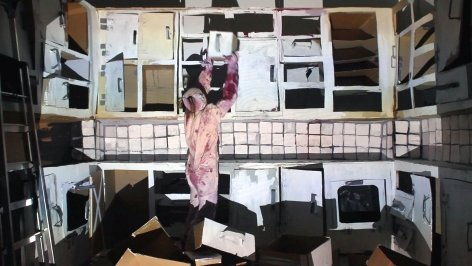 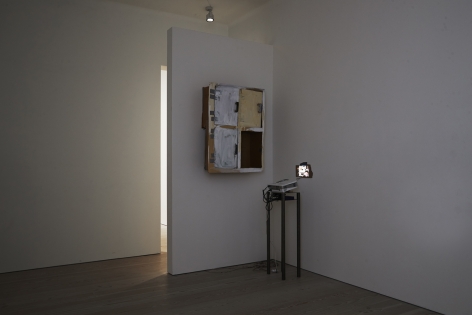 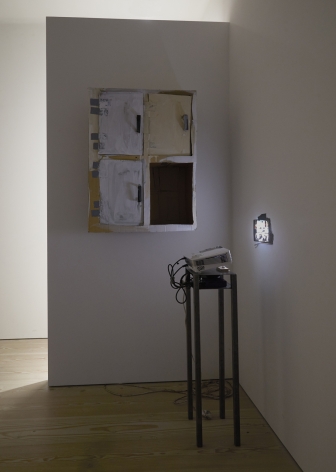 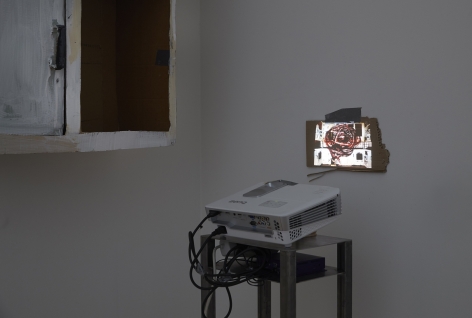 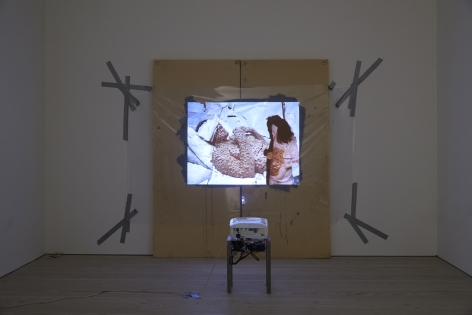 Anna-Karin Rasmusson: My Condolences
Galerie Forsblom Stockholm
August 24–September 23, 2018
Opening in the presence of the artist, August 23 at 5–7 pm

Galerie Forsblom is proud to present a studio exhibition featuring Anna-Karin Rasmusson. Her work unites traditional techniques from painting with collage, video, text, sound and installation. Her interdisciplinary artistry is based on a thematic and artistic complexity that stands out with audacity among a younger generation of Swedish artists.

Daily life and illnesses of which we do not speak openly, both mental and physical, are central to her work. In an era in which happiness, well-being and material wealth are constantly presented to the world through a filter, we are rarely exposed to the daily struggle that is fought behind closed doors. This is Rasmusson’s starting point and common to these works is a theme of emotional expression including frustration, anxiety and vulnerability, often conveyed physically by the artist herself. In Rasmusson’s work also includes traces of her earlier architectural studies, presented in the spatial installations. Her use of symbols and interiors that depict the home – historically the female domain –indicates structures and calls to mind feminist pioneers such as Cindy Sherman and Martha Rosler. Also presented is a series of collages illustrating the multidimensional process behind the works.

The exhibition revolves around the artist’s thoughts on empathy, and the boundaries in which the mental ability to experience and understand others’ emotions, transitions into destructive codependence. A key piece in the exhibition is Attempt at Empathy, a video installation projected onto two plastic-covered mattresses. The mattresses spark associations with both the mundane objects of home and with sterile medical equipment, where plastic is used for protection from the body’s functions – it is easy to wipe off and prevents the bed from getting wet – but also generates a sticky discomfort that is suffocating.

Anna-Karin Rasmusson (b. 1983) graduated from the Royal Institute of Art in Stockholm, Sweden in 2016.  She was awarded the Bernadotte Scholarship, which included a solo exhibition at the Royal Academy of Fine Arts in Stockholm, in 2017. In 2018 she received an IASPIS studio grant and participated in several group shows, including at Konsthallen Strandverket, Marstrand, Växjö Konsthall, Växjö, Sweden, as well as at Kunsthal Charlottenborg, Copenhagen, Denmark.