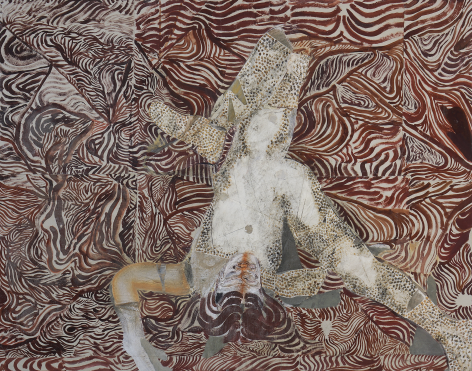 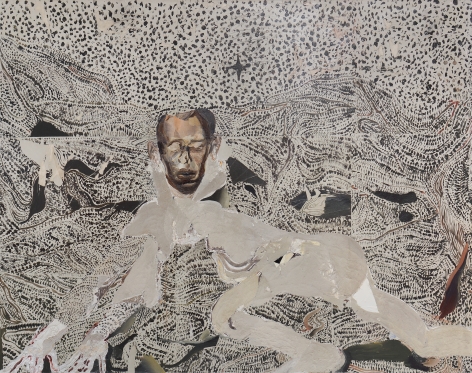 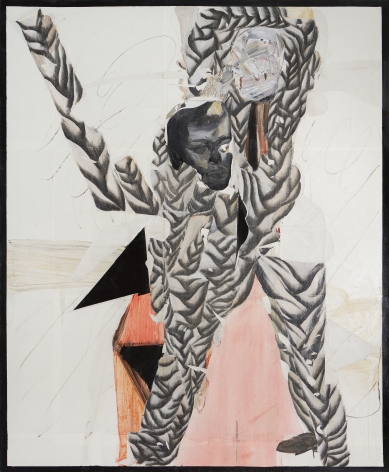 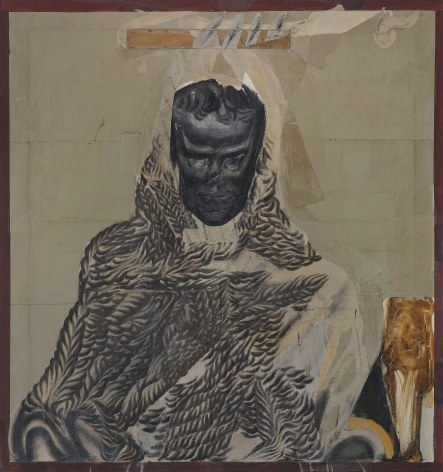 Acrylics, sand and charcoal on canvas 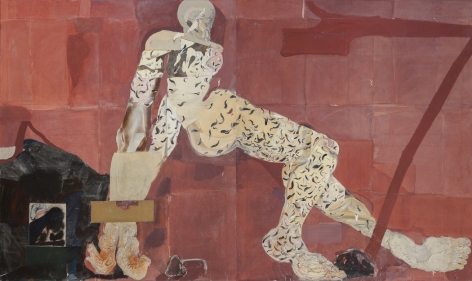 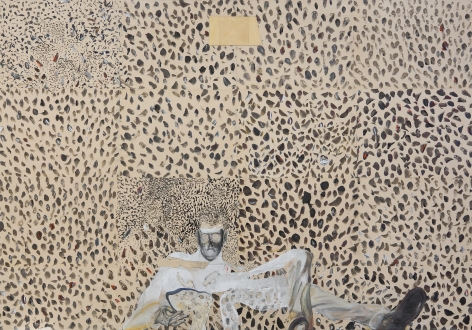 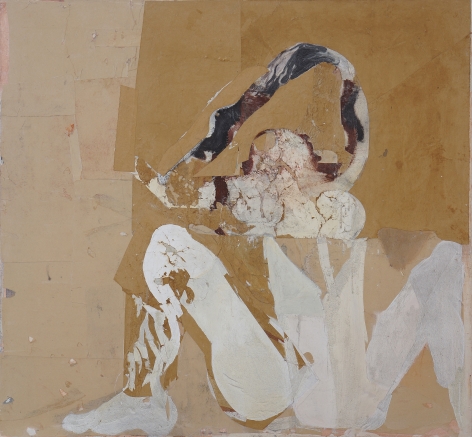 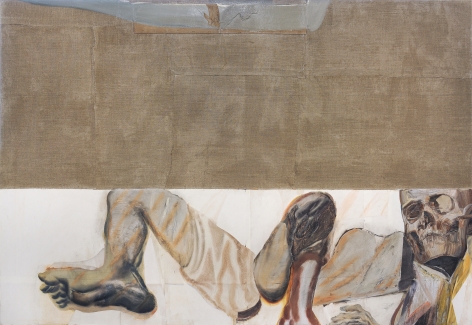 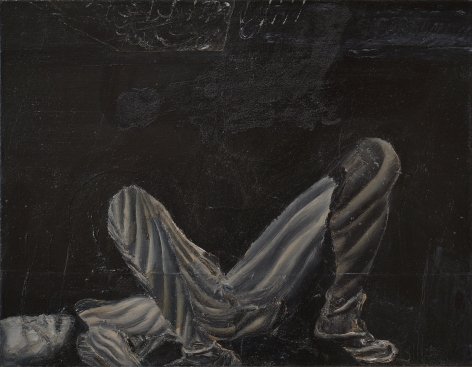 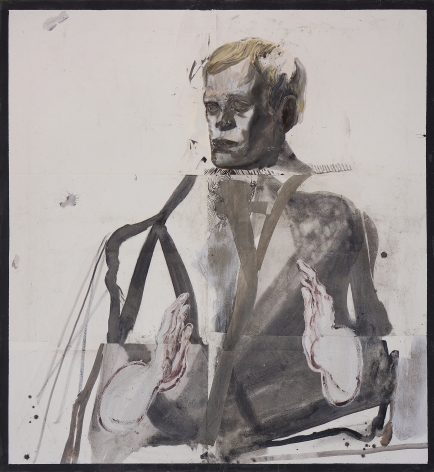 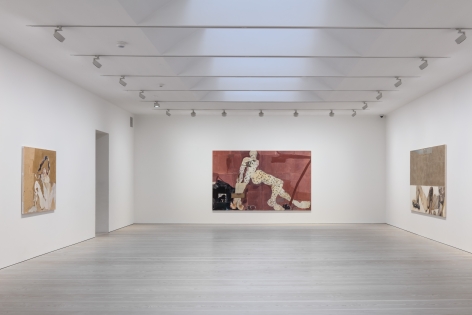 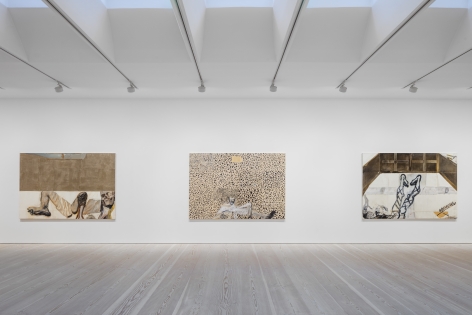 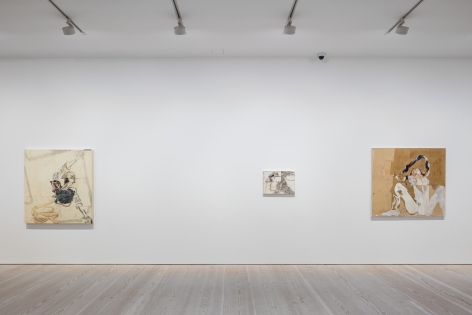 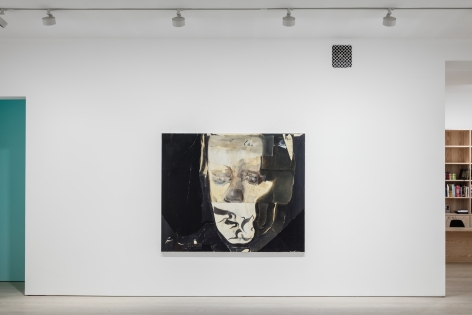 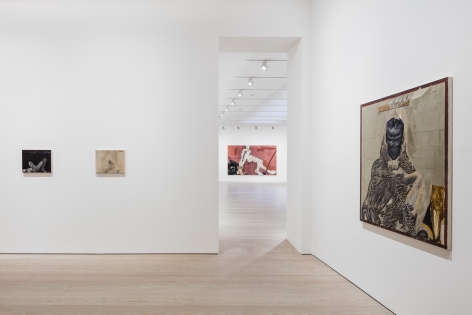 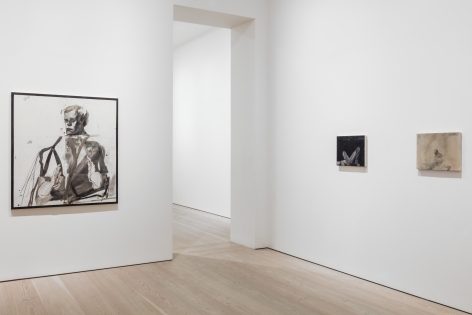 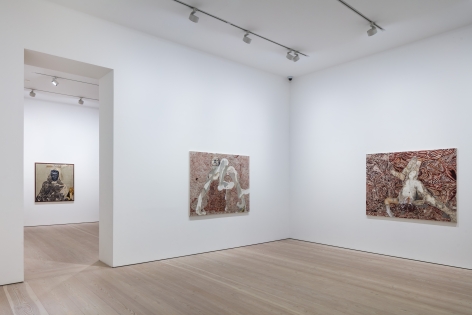 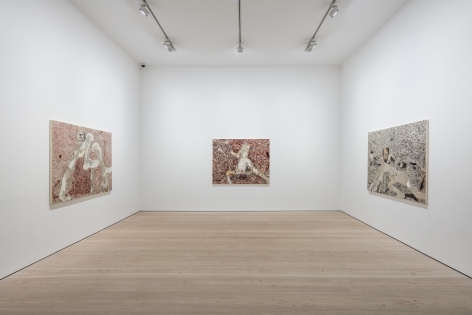 Galerie Forsblom is happy to present Reima Nevalainen, one of Finland’s most interesting contemporary young artists, showing for the first time in Sweden. Nevalainen’s paintings are both abstract and figurative at the same time. The human beings, or figures, are portrayed with contorted and twisted shapes of the body, where the different features evolve into amorphous forms. The anatomy disintegrates along with the familiar positions and functions, as well as the identity.

By utilizing paper collage Nevalainen creates different layers upon which the acrylic color is applied, sometimes mixed with sand. The colors derive from the material and are equally important. Soft and muted they become as bare as the skin, bone, wood or earth. Flora and fauna, elements and patterns from nature, such as lines, waves, dots and naked spaces, are recurring in the works. The different textures give a tactile feeling to the surface and underneath, peeling off layer by layer, is a glimpse of the subconscious, the essence of things and an intrinsic order.

There is an internal struggle between the artist and the motifs on the canvas. In one of the paintings a figure is portrayed as gigantic and untamed, but the hands have been tied up behind the back and the threat has been overcome. Described by Nevalainen himself, the experiments, doubts and mistakes in the works are left visible and are part of the final result. The title of the exhibition refers to the core of most vital area of a country, the Heartland. It is like an irresistible love story with a place, where nature and culture collide.

“We are consumed by nature in the same way as nature is consumed by us. Mutual erosion is inevitable. The human skin, the earth's crust, the layers of a painting – they are worn out, they have been used well. On the road and in the gardens, faces and flowers wither away. Names change, but heartlands remain.”

Reima Nevalainen was born 1984 in Espoo, Finland and graduated in Fine Art from the Satakunta University of Applied Sciences, Kankaanpää, Finland, 2008. In 2016, he received the award Finland’s Young Artist of the Year and exhibited in conjunction at the Tampere Tampere Art Museum, Tampere and the Aboa Vetus & Ars Nova, Turku, Finland. He has participated in numerous group exhibitions in Finland and abroad, such as in Kansas City, MO, US and in Cologne, Germany, among others. His works are represented in Finnish collections including the Helsinki Art Museum and the Kiasma Museum of Contemporary Art. Nevalainen was based in Kyoto, Japan in 2011–2013 and now lives and works in Porvoo, Finland.