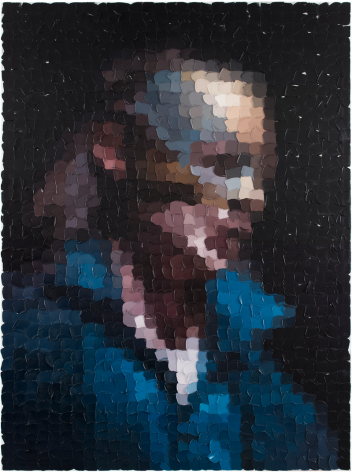 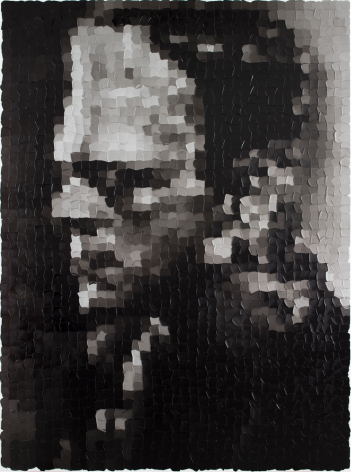 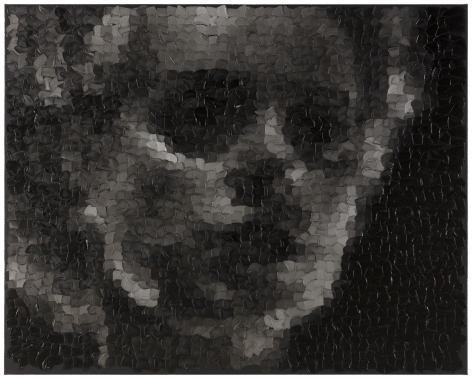 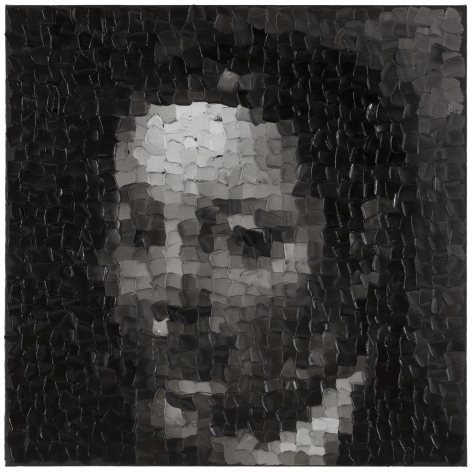 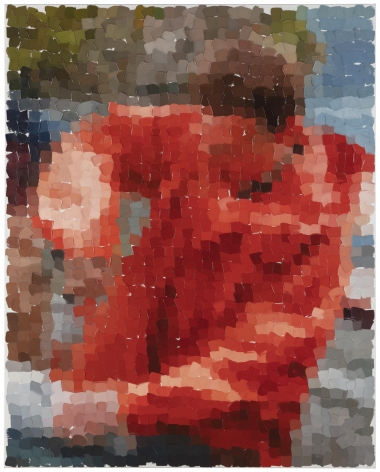 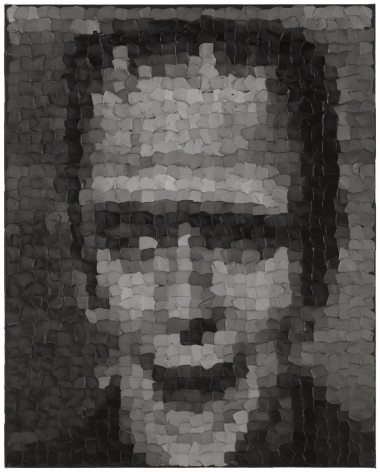 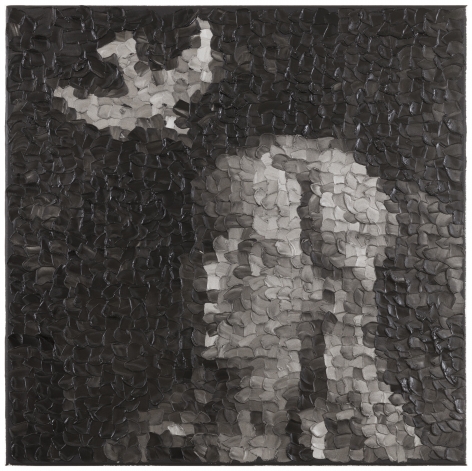 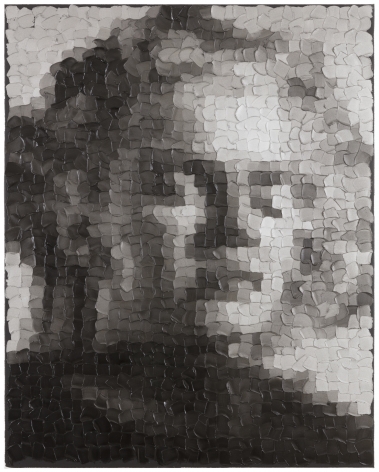 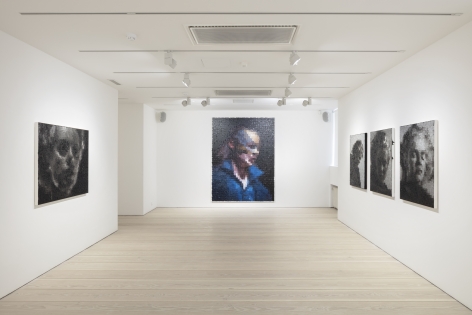 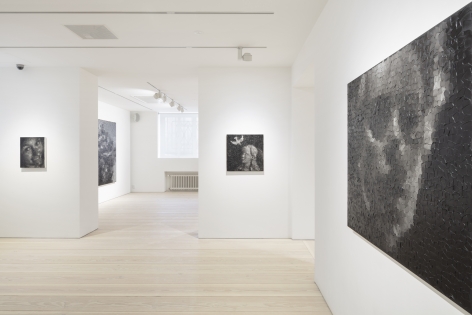 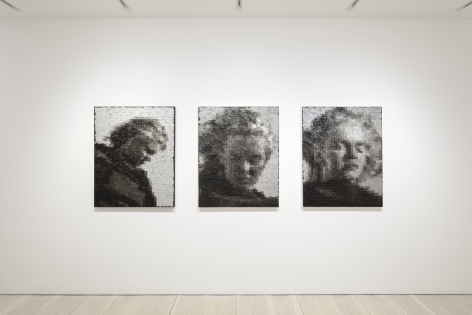 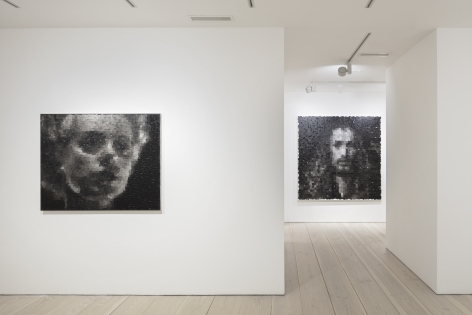 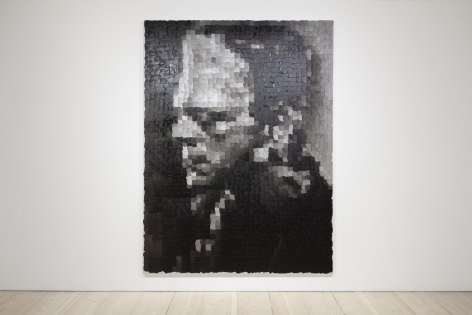 Sami Lukkarinen’s (b. 1976) new exhibition pays homage to the grisaille technique, a style of painting executed entirely in shades of grey. With artfully arranged strokes of the palette knife, he sketches out the history of the black-and-white spectrum in western painting, starting from medieval stained glass and grey-scale frescos by Giotto. Among the oldest motifs to which he alludes are Albrecht Dürer’s Renaissance self-portraits and altarpieces by Jan Van Eyck. Closer to the contemporary moment, he reworks black-and-white photographs of popular icons in combinations of black and sparkling silver.

Lukkarinen explores how the grisaille scale evokes certain emotional states. His versions of Frankenstein’s monster and Marilyn Monroe suggest a sense of insecurity and being an outsider. The story of Frankenstein’s monster is indeed a tragic one: the monster tries to do good deeds, but only succeeds in hurting others with his clumsiness. The Marilyn series portrays the young actress at the age 20, yet an unknown starlet without an inkling of her future celebrity. The series portrays Monroe lost in her world, deep in thought, as if searching for her identity.

The timeline ends with the social media era and a color image of Facebook founder Mark Zuckerberg. These days all shades of grey are processed by the black-and-white filters of online apps. The artist was inspired by a study conducted at Harvard University in 2017, which revealed that the majority of people who post black-and-white images on social media are verifiably depressed. Images posted on social media are nevertheless influenced by trends, some of which may romanticize depression and anxiety. Despite these melancholy themes, Lukkarinen infuses his work with his characteristic humor and irony.

Lukkarinen graduated from the Finnish Academy of Fine Arts in 2001. He has held numerous solo exhibitions both in Finland and abroad. His works are found in prominent collections such as the Museum of Contemporary Art Kiasma and the Saastamoinen Foundation.