VIDA Museum & Konsthall in Halltorp, Öland will exhibit works from Helena Blomqvist's series Florentine and Slumberland. The solo exhbition includes two new works, Kitchen Portrait and Florentine's and will be on view between June 17 and August 13.

Helena Blomqvist was born in Smedjebacken, Dalarna 1975 and studied at the School of Photography and Film Gothenburg (1997-2002).  She lives and works in Stockholm, Sweden. With an infallible sense of hues and lighting, together with a meticulous craftsmanship, the scenography is made co-star to the leading characters in Helena Blomqvist’s images. The meticulously designed sceneries suggest influences from such disparate sources such as early examples of photomontage and film noir. In her photographs a staged reality intertwines with dreamlike scenaries and mythical storytelling. 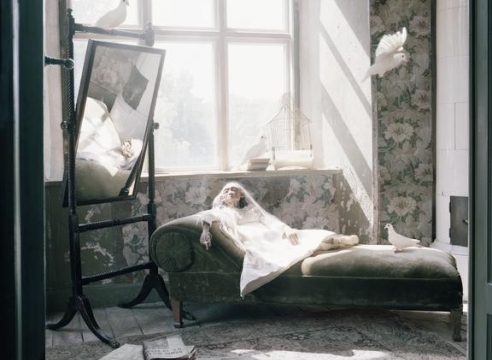