Known as one of the first video artists, Tony Oursler (b. 1957) has been experimenting with and developing video art in New York City since the 1970s. Oursler is perhaps best known for his use of video footage of human faces projected onto spheres, dolls and other three-dimensional surfaces 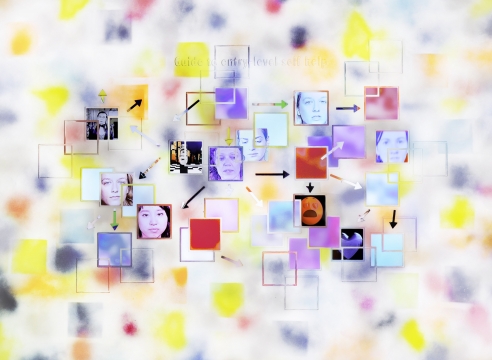