Saska Ylätalo (b. 1990) is an oil painter with a penchant for camouflage – for combinations of patterns and coloration that disguise and conceal. He uses camouflage as an optical device: the three-dimensional illusions in his paintings seem to collapse upon themselves, blending with the background. The camouflage theme also extends to a metaphorical, emotional level, symbolizing an attempt to blend in with the surroundings and adapt to the prevailing conditions – or the failure to do so, as the case may be.

In addition to unraveling the symbolic connotations of camouflage, Ylätalo also reflects on the recent history of painting:  on modernism and its demand for flatness, the illusion of depth, and the deliberate avoidance of representation. In some of his paintings he uses a grid to heighten the depth-subverting effect, but in a consciously clumsy way, as if in parody. 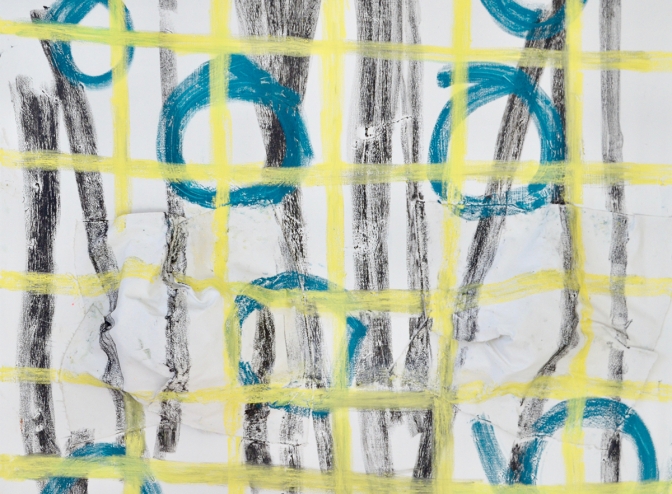