Swedish C.QP's editorial section, Conversations, features interviews with individuals they admire; people doing the right things, the right way and for all the right reasons.

You were born in Espoo, just outside of Helsinki, but moved to the quiet town of Kuhmoinen, embedded in the Finnish heartland, at the age of ten. What were your early years like?

– I look back on my childhood with great nostalgia. The 80's and 90’s in southern Finland, and later, rural central Finland both seem like a beautiful, clean paradise to me now. My home was always a warm haven where adventures were encouraged. It was also a religious home, exposing me to both dark and bright visions of the world. But after the friction of growing up and finding my own way, I see that part in my past as an important ingredient for the eventual outcome, and I wouldn’t have it any other way. I was a quiet, only child who spent a lot of time in imaginary worlds or climbing trees. Like many kids back then, we traveled in our heads without moving.

Can you remember when you first realized you were drawn to the arts?

– I wish I could. I wish everything was well documented and known to me. But all I have is a hazy memory of always having a strong tendency towards visual arts rather than other ways of communicating or expressing myself. I was never good at sports or music, nor did written text give me any satisfaction. Of course, many cataclysms and evolutions were needed to get here, but the simple need to make an image by hand is traceable all the way to my roots.
My whole artistic career is simply a continuum of those childhood sensations of wonder, danger and revelations, both light and dark. And that’s the way I want it to be, one lifelong naturally evolving family tree of images. Although my paintings have a serious tone, I associate painting with the same kind of play with imagination we exercise as children.

Being the only child, did that make it easier for you to sink deeper into your art, without any siblings running around the house?

– That’s probably right. I think I would be a totally different person if I had siblings, if there was someone else around, as we are nothing but our past and our surroundings. I do sometimes wish I was more outgoing and relaxed around strangers, but that’s the price you pay for becoming a painter. I often wish I had my studio in a bunker underground or at the bottom of the sea, because my work is all about concentration. It feels like I’m trying to hit the bull’s eye with an arrow every time I’m working. That makes for intense paintings but also a nerve wracking way of life. I feel I would have never learned how to paint if I didn’t have that clarity in my head that can only be attained through solitude. That’s also a matter of taste as I tend to like works of other artists where I see that pursuit for rigorous concentration. Though these days the trend seems to be the opposite, contemporary painting comes off as too noisy and hasty for me. 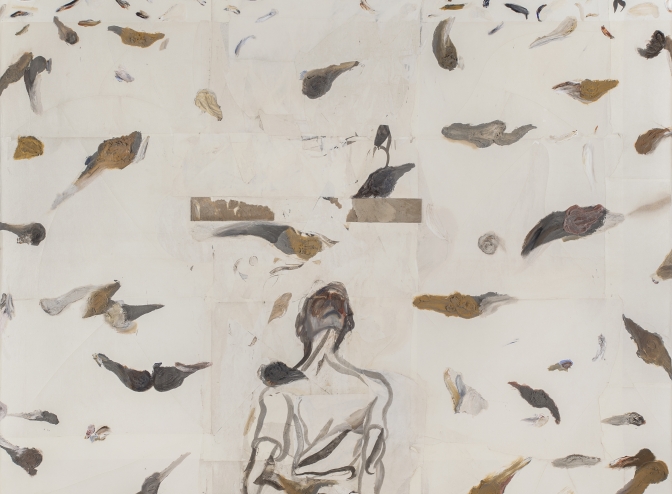 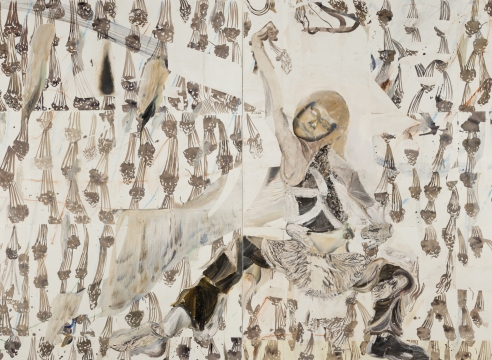